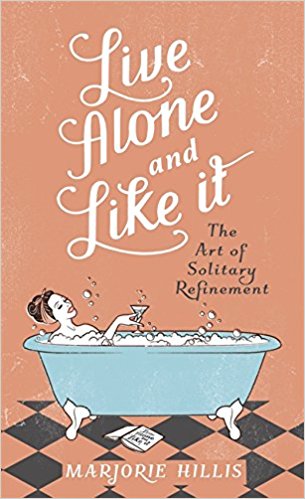 That’s right. Single. Not single and ready to mingle. Not single and searching. Single. Full stop. End of sentence. As marriages fail, work life becomes more demanding and socialising ever transient, being single is no longer a process but a way of life for many.  For the best part of my 20s and 30s I was on a fruitless search for The One! Family and friends often questioned my status like it was a defect. They often tried to set me up, as if they were healing the sick.  It got me down for a while. Then at the end of 2017 I thought, “what if I am meant to be single?”. Call it an epiphany – you may think a defeatist one at that – but it gave me so much clarity and freed myself from the assumption that we are all meant to be with someone- an assumption that was at the root of my disappointment and injustice.

Since then I have been retraining my perception of going solo and stopped seeking soul mates as if it was an automatic entitlement. Then I spotted an article about 1930s Vogue Editor Marjorie Hillis’s book “Live Alone and Like It: the Art of Solitary Refinement”. It has been repeatedly published because of its growing relevance in modern society. I related so much to her ideas and was glad to see that I already was on the right track to reclaiming singledom. Now that a new year dawns I’ve decided to continue that trend further in a bid to not sacrifice another day of my youth to lamenting at my lonesomeness nor letting others do so. So if you want to do the same, here is my (and Marjorie’s) guide.