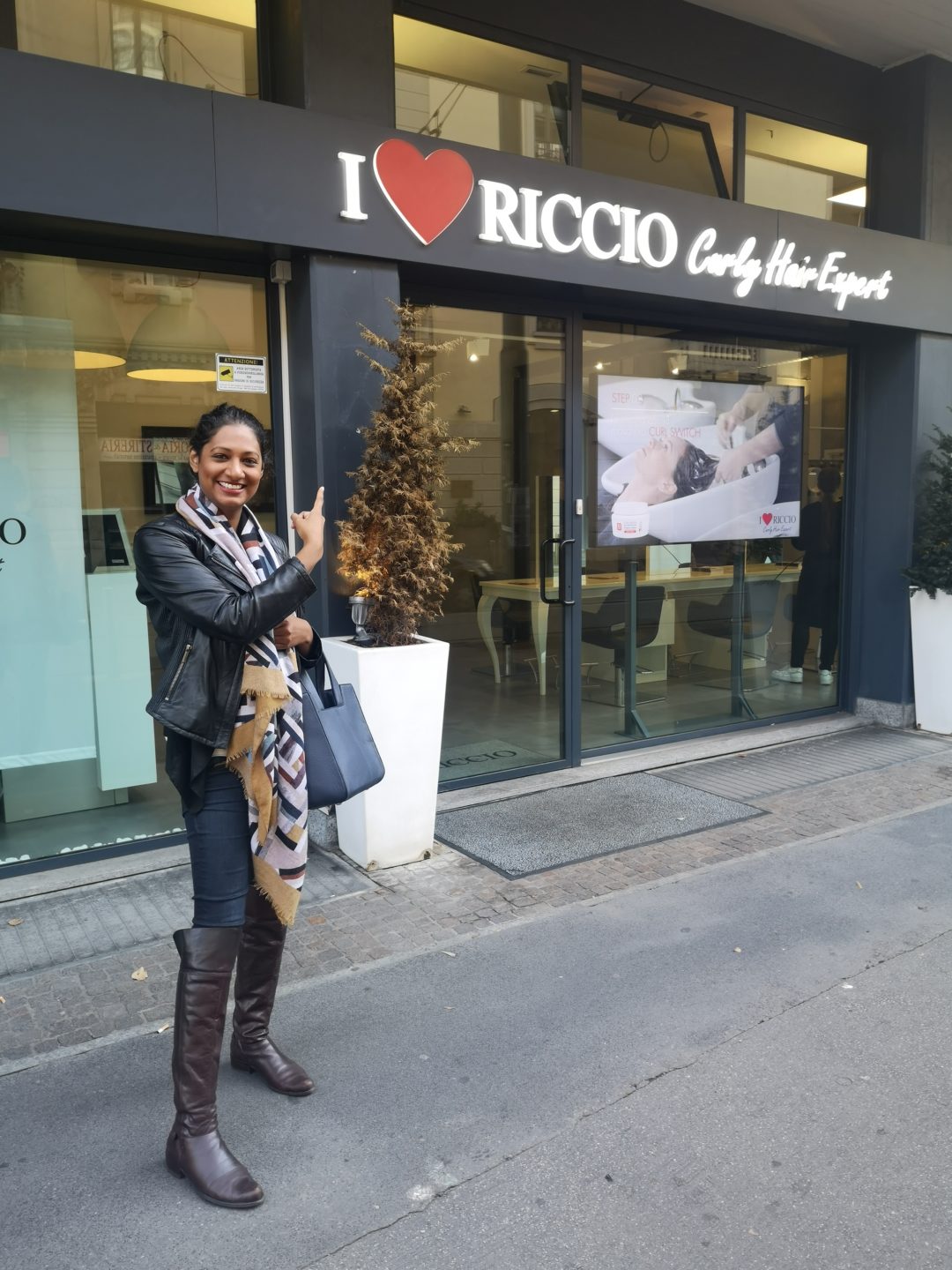 They say no two curls are the same. Well the same goes for curly-hair salons. I’ve been to a few; from the bohemian Unruly Curls in London’s Ladbroke Grove to the playfully surreal in Melbourne’s Neel Loves Curls. And now there’s a hair salon that gives curls the real glamour treatment. During my Italian Sabbatical I booked an appointment with Fulvio Tirrico, top hairdresser and founder of ILoveRiccio (Italian for “I Love Curls”), a stylishly decked out salon headquartered in Milan. It’s been in operation for a mere five years but is so well known that it is now the country’s curly-hair hot-spot. Fulvio himself is a household name: he is among the world’s top curly hair stylists – alongside the likes of Lorraine Massey and Ouidad and is the brains behind the X-Curl Cut– a patented method of cutting natural hair. The ILoveRiccio brand also extends to its own line of products and hair dyes- (check out my product review later on). So with accolades such as this, and a hairstyle that is 6 months old, I jump at the chance at putting my curls up for the chop and find out what puts the “X” in the X-Curl cut. 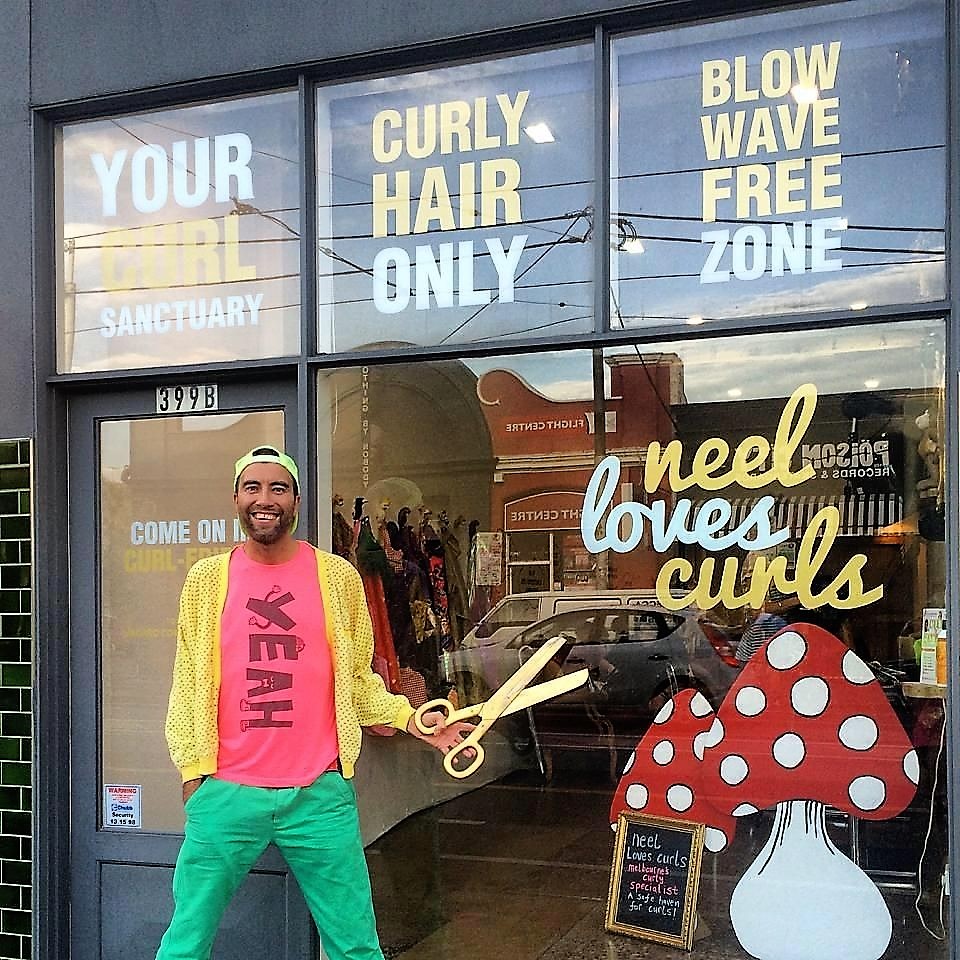 How far would you travel for a good curly-hair cut? Answer: 17000 km. That is the distance I covered from London to Melbourne where Australia’s king of curls, Neel Morley, is sovereign. Since a chance meeting in 2013, I have followed him religiously on social media, not only because he rules over curl cuts but because he truly loves them! The Aussie press can’t get enough of him either; some want to big up his reputation as a curly-hair stylist, others focus on his entrepreneurial talent and then there are those who are hyped up about his quirky fashion sense when he turns up at the Melbourne Cup. So upon going Down Under, I had to book myself in for a signature cut at his funky salon, aptly named, Neels Loves Curls and grab a word with the mane monarch himself.