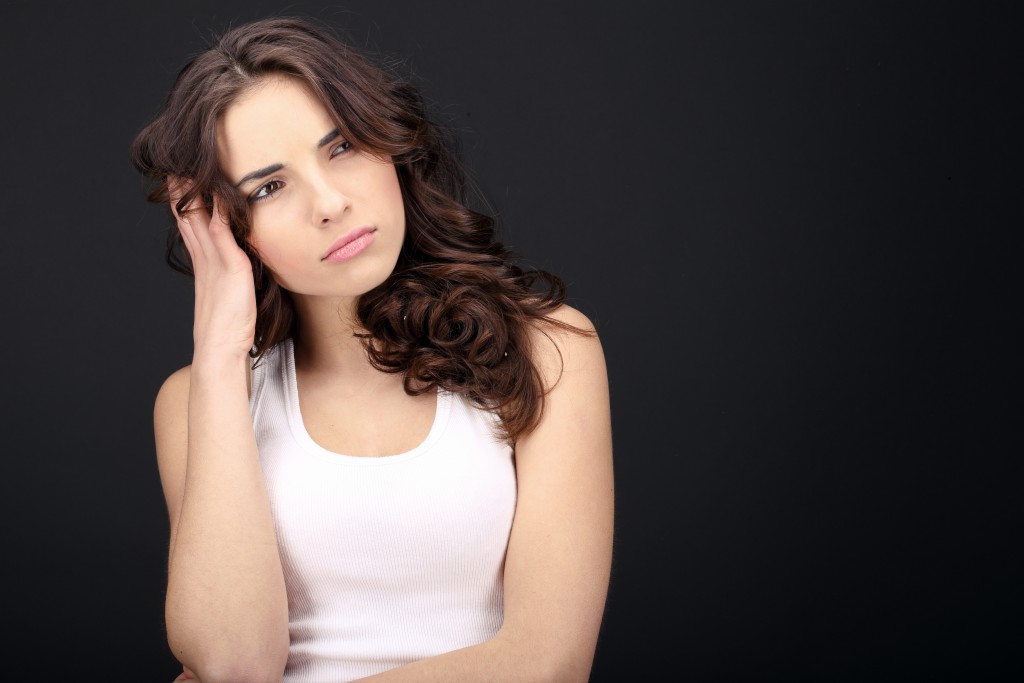 Historically it’s been women who have gotten men confused. When we say yes we mean no, a question is a loaded minefield and our emotions have more twists and turns than a velocity-fuelled theme park ride. I won’t refute those claims, we ladies are a complicated bunch. However our male counterparts can’t escape so easily…

…Because throughout my dating life I have been on the receiving end of some pretty questionable man behaviour which has lead me to believe that while you men would like to think you’re simple laid-back creatures with no regard for the grey areas, I say no! Your words can be just as confusing, beguiling and actually careless. Introducing Guy Code and how best to spot it!

The underlying principle of this is revealed in not what guys say, but what they do. Men, as a whole, are not very communicative. In fact they operate along more tangible forms of getting their meaning across i.e. translating their feelings towards people into actions.

Example: I’d been dating a guy for a few months and had noticed that very quickly his behaviour towards me went from REALLY hot (long chats, texting me constantly, even inviting me to meet his family) to suddenly very cool – (not taking my calls, or promising to call back and then saying he forgot). I brought him up on this, but he coolly denied his actions, saying everything was fine. I thought I was being irrational but as the behaviour continued, I realised this mismatch of words with actions was his way of giving me the brush off.

The Code Break: Men hate the act of breaking up. The idea of sitting across from you and articulating the very reasons why you don’t float their boat any more is equivalent to scraping fingernails against a blackboard. So rather than be the bad guy who made a girl cry, they go on stealth mode: Ignore her calls, cancel on her and even worse make it seem like it’s her imagination. They drive you crazy and make you hit the “eject” button even though it’s really their decision to break up. This form of emotional climate change is classic Guy Code and the earliest marker of a relationship going sour. 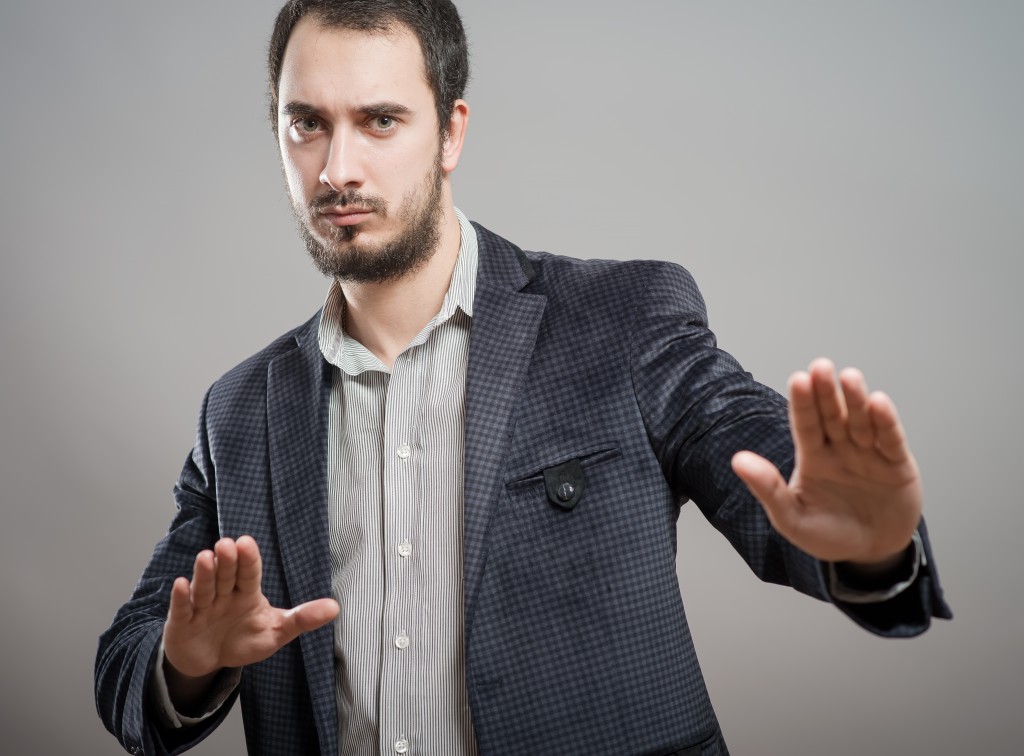 This one I grant is applicable to both sexes, but I think it’s very representative of a man’s emotional set up. It’s that ole chestnut of “I’ve just come out of a heavy relationship and don’t want anything serious.” Now for a guy that’s a civilised way to say I’ve just had a difficult break up and really can’t give you more than sex so don’t expect cuddles or that I will meet your emotional needs- maybe the odd dinner so long as there’s nookie after.

The Code Break: It’s well-known that men take pleasure in sex as purely an action, not some ethereal connection between two souls destined to be together ‘for.eva’! Put that together with coming out of a break-up they tend to rein in their emotional spectrum even more. So when they use this line of just coming out of a relationship, it’s their signal to show you an emotional boundary has been placed and regardless of how many times they sleep with you, they will not stray one toe-nail over it. From my own experiences and those of my girlfriends we fail to grasp this candour. In fact we go along saying that’s fine when in fact after awhile we end up liking them and it gets all sticky yucky and sadly tearful. It’s when we truly understand their meaning and apply it to ourselves (are you the kind that gets attached? or are you COMPLETELY happy to have no strings?) do we avoid the pitfall.

The “I’ll call you” line

“A guy who won’t fulfil his promise to call you back is another hidden rebuff. He’s keeping you at arm’s length and picking you up when he feels like it.”

This one is so universal I really need type no more! But to mark its formal entry into guy code I’ll elaborate. I and pretty much all other girls have spent hours sitting by the phone waiting in earnest for him to call. Yet time is ticking and he remains incommunicado. You’d think as strong independent women we’d get the hint but no, blind faith glues us to the receiver because after all he promised to call and of course we can’t do the dialling because then we’d look neurotic and desperate right? It’s been the stuff of ballads and hit tracks and is most certainly a rite of passage for anyone new to the dating domain.

The Code-break: The reasons are vast but let’s rule out the boring, and probably unlikely, possibilities that he’s been struck by lightning or waylaid by a family emergency. What have we left? Well it isn’t so far-fetched to think he too doesn’t want to come across desperate, that he’s Mr Cool personified! This would be fine at the beginning of the dating process, we all like to play our cards close to our chest. Alarm bells should ring when this is repeated because that’s when he’s playing unfairly. It’s a form of control to say he’s the one that calls the communicational shots. Someone who won’t fulfil his promise to call you back is another hidden rebuff. He’s keeping you at arm’s length, picking you up when he feels like it. It may not mean he wants to “end” whatever it is between you but, and I use that famous term, he just isn’t that in to you. All I can say is disconnect and move on! 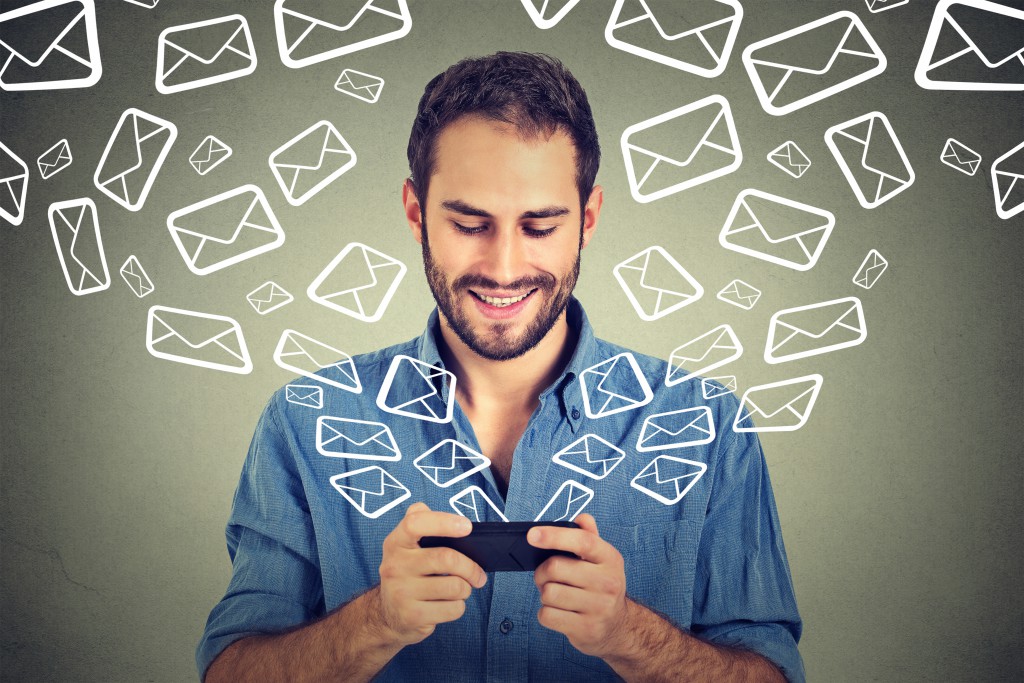 For those on the dating scene, you should look out for the romeos who communicate solely through text – I mean other than meeting face-to-face, if you do that is! These guys seem to not realise that a phone was originally meant for live talking. Instead they opt for the more measured and indirect function of punching through a message, smiley face included . Let’s be fair, girls do also love the cheeky text conversation – it brightens our day and makes work that much more tenable. But you know, it is possible to pick up that receiver once in awhile. OK we understand that speaking on the phone might scare the shy guys but if he’s quite the confident type this form of behaviour is sinister guy code!

The Code-break: If he only texts, doesn’t pick up when you call, or only responds to your miscall via text, it’s just plain DODGY! Because apart from the excitement, texts are secretive! No-one knows what you’re doing, who you’re talking to and what you’re talking about. However for guys who are serial texters it’s a great way to lead a double life- it’s inconspicuous therefore safely eluding the suspicious partner. Also it allows you to pursue the more important things – footy match on TV. I and many of my girlfriends have dated guys like this; it has always frustrated us and we get a sense that he’s lazy or just not interested. Because if a guy likes you, a phone call is never beyond him. So if it looks like he’s ‘over-evolved’ passed the skill of dialling, it’s time to abort and press delete!

All Flirt no Action:

I still can’t quite figure this form of guy code out but it’s when you are continuously picking up definite flirting signs from him but regardless of how much you reciprocate, he isn’t making a move. Such inconsistency may be due to extreme shyness, but it could be laden with meaning.

Example: I fancied one of my colleagues at my former workplace. Keeping professionalism intact (yes I really did), we took lunch together and enjoyed the odd conversations around the office. We had a lot in common and on my part I did the classic girl flirting; being all smiley, engaged in whatever he said and hey even primped myself up. I definitely picked up on him flirting back; hanging with me after work, messaging me on the computer, and even showing photos of his family. Yet nothing transpired and after three months it made me wonder…

“ When a guy is into you and knows you’re right back at him, he won’t make any bones about it – sealing the hunt is part of their DNA.”

The Code break: As a rule when a guy is into you and knows you’re right back at him, he won’t make any bones about it – sealing the hunt is part of their DNA. In this case when he flirts but doesn’t go in for the kill he’s displaying player tendencies. Perhaps he’s got a girl (or 2 or 3) on the go and so adding another to the harem really wouldn’t make a huge difference. So he waits for you to make the move to decide what to do. If you take action he’ll happily go along because he likes you. BUT, and here’s the point, he does not like you enough to initiate anything. So if you choose to do nothing, then… well… there’s always missus number 2 (or 3 or 4). As for the guy in the above example, I discovered via Facebook that he was still kinda sorta still into his ex-girlfriend- the photos don’t lie!

Perhaps you girls have other examples to share or no doubt the male contingent wants to slag me off- but it’s just a bit of fun because as a serial dater men have got me flummoxed. To be fair to you guys, I rest my case by lightening the male-bashing tone with a link highlighting the contradictions in what women want in a guy; because girls, we give as good as we get! 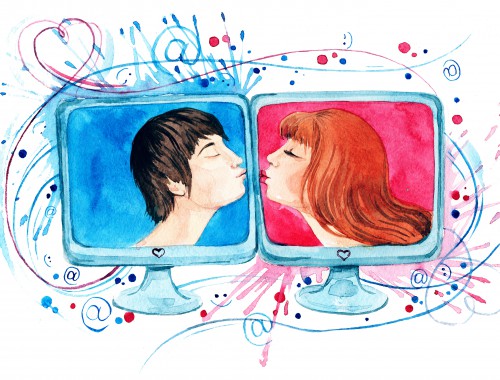 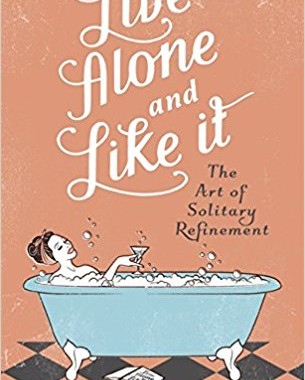